Why We Need to Talk More About Male Postpartum Depression

Is male postpartum depression real According to experts and scientific research, it actually does exist. A report in the Journal of the American Medical Association found that 10 percent of men worldwide showed signs of depression from the first trimester of their wifes pregnancy through six months after the child was born. The number spiked to a whopping 26 percent during the three- to six-month period after the babys arrival.

Can Men Get Postpartum Depression?

Is male postpartum depression real? According to experts and scientific research, it actually does exist. A report in the Journal of the American Medical Association found that 10 percent of men worldwide showed signs of depression from the first trimester of their wife's pregnancy through six months after the child was born. The number spiked to a whopping 26 percent during the three- to six-month period after the baby's arrival.

"That's more than twice the rate of depression we usually see in men," explains James F. Paulson, Ph.D., associate professor of psychology at Old Dominion University, in Norfolk, Virginia, and lead author of the survey, which assessed 43 studies of more than 28,000 fathers worldwide. "The fact that so many expecting and new dads go through it makes it a significant public-health concern—one that physicians and mental-health providers have largely overlooked."

A 2014 study published in Pediatrics found that depression among new dads increases by 68 percent during the first five years of Baby's life. "The fact is, one in four new dads in the United States become depressed—which amounts to 3,000 dads who become depressed each day. It's normal for dads to need help as they enter fatherhood," says Will Courtenay, PhD, LCSW, also known as "The Men's Doc," author of Dying to Be Men (Routledge, 2011), and the founder of the website PostpartumMen

Conventional wisdom holds that a mother's postpartum depression is triggered largely by hormonal fluctuations—and studies show that a man's hormones also shift during pregnancy and after birth, for reasons that are still unknown. Testosterone levels drop; estrogen, prolactin, and cortisol go up. Some men even develop symptoms such as nausea and weight gain. "Evolutionary biologists suspect that the hormone fluctuation is nature's way of making sure that fathers stick around and bond with their baby," explains Dr. Courtenay.

Those hormone fluctuations—paired with the neurochemical changes that occur in the brain as a result of sleep deprivation— can create the perfect storm for male postpartum depression, says Dr. Courtenay.

Other risk factors for paternal postpartum depression include a history of the disease, relationship instability, financial problems or stress, and a sick or premature baby. Men who've experienced the loss of loved ones—either in the adult years prior to becoming a parent or while growing up—are also at increased risk for depression. "Any parent facing the emotional and social upheavals that a baby ushers in is at risk for depression," says Sara Rosenquist, Ph.D., a therapist in Chapel Hill, North Carolina.

The best predictor of a man's risk of depression is whether his wife is also depressed. "Half of all men whose partners have postpartum depression are depressed themselves," says Courtenay. "Depression in both parents can result in devastating consequences for their relationship and especially for their children."

Signs of Postpartum Depression in Men

Postpartum depression is different from the Daddy Blues, which many new dads can experience, says Dr. Courtenay. "With normal stress or the Daddy Blues, a guy's going to feel better when he gets a little extra sleep, goes to the gym, or has lunch with a friend. But with depression, these things won't make him feel better. The symptoms are more severe and last longer. If the 'blues' last more than two or three weeks, it's probably depression—and he should get help from a mental health professional who specializes in working with men. Untreated depression only worsens."

Sadness, irritability, agitation, and/or anger
Feelings of worthlessness
Loss of interest in sex or activities that used to bring them joy
Engagement in risky behaviors like abusing alcohol or drugs, gambling, or extramarital affairs
Shortness of breath
Heart palpitations
"Guys who suddenly start working 60 hours a week may also be depressed, since immersing themselves in their job is the way many men cope with stress," adds Dr. Courtenay.

So how long does male postpartum depression last? Symptoms of PPND can stick around for weeks or months if left untreated—and it can have serious repercussions when ignored. "Although the effect of a father's depression on children is not as well documented as that of a mother's, we know that dads who are depressed are less involved with their kids, and that can lead to mild language delays, disruptive behavior, or a higher rate of social and emotional problems later on," says Dr. Paulson.

Do You Have Male Postpartum Depression?

Do you think yourself or a loved one has male postpartum depression? The best course of action is getting help—for the sake of the dad's mental health and the overall well-being of the family. Watch out for these symptoms and speak with a doctor if you're concerned.

Has he become uncharacteristically irritable or agitated?
Is he distancing himself from his partner and the baby?
Is he gambling, drinking, taking drugs, or engaging in other reckless behaviors?
Does he have a personal or family history of depression?
Is he sad, tearful, or uninterested in doing things that he used to enjoy?
Does he make comments that he feels worthless or shares suicidal thoughts?
Does he spend more time than usual at work?
Is Mom suffering from postpartum depression too?

Treatment for Postpartum Depression in Men

Research shows that talk therapy is very effective in treating depression, and it can be combined with medication. But there are lots of treatments that range from traditional to alternative. The important thing is that a man get help, preferably from a licensed mental health professional and one who specializes in working with men, says Dr. Courtenay.
Also, seek out support groups and sites like Postpartummen. These resources provide facts about postpartum depression in men, and they also act as an online forum where men can share their feelings anonymously.

Keep trying until you find the mental health treatment that's right for you, says Christina Hibbert, PsyD, an expert on postpartum mental health and founder of the nonprofit organization, the Arizona Postpartum Wellness Coalition. She created a DVD on postpartum couples and said that when she presented it at a 2004 conference, it was the first time she remembers there being a discussion about the father's postpartum experience. But it's vital that all couples know some vital male postpartum depression facts.

"The important thing to remember is that all of the negative consequences of paternal postpartum depression are avoidable," says Dr. Courtenay. "Although it's a very serious—and sometimes life-threatening—condition, with proper treatment and support, men can fully recover. Getting help can save a man's life or his marriage. And if a father can't do it for himself, he should get help for the well-being of his child."

The Stigma Around Male Postpartum Depression

Our society subscribes to the cultural myth that men should be stoic and tough things out, notes Dr. Courtenay. "So when men start to feel anxious, empty, or out of control, they don't understand it and they certainly don't ask for help." Women, on the other hand, tend to have a larger social network and share stories and strategies during pregnancy and life as a mom. Their husbands almost always assume they're alone in feeling sad or scared to be a dad.

Experts believe that paternal postpartum depression may be more prevalent now largely because this generation of fathers is feeling the same psychological, social, and economic stressors that some mothers have long experienced. The trend toward dads staying home with Baby while mom goes off to work is becoming more widespread. With more moms working, dads are shouldering child care and household tasks that traditionally fell to women. They have plenty of stress and little sleep, and this, along with hormonal changes, can lead to depression.

Yet despite all of that, male postpartum depression is still easily eclipsed by its maternal counterpart. Perhaps because many men would rather stifle their feelings than talk about them, which can make the situation at home much more heated and fraught. Parents hopes that increased knowledge about this common condition will open the doors for conversation.

"Men need to recognize that depression is a medical condition; it's not a weakness of character," says Dr. Courtenay. "For a man to admit he's depressed isn't unmanly or admitting defeat. It's taking charge of his life." 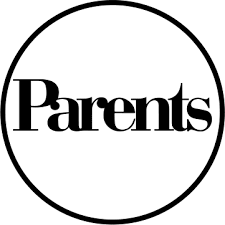