Why Caregiving Can Lead to Depression 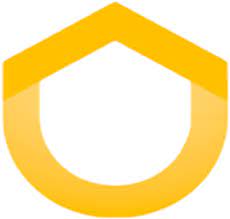 Depression is a common issue for caregivers who are taking care of a loved one. It can be caused by a variety of factors, including financial stress, social isolation, and the physical and emotional demands of caregiving. Caregivers can take steps to manage their depression, such as seeking support from friends and family, finding time for self-care, and seeking professional help.

Caregivers spend an average of more than 24 hours a week assisting their loved ones. While that time can be deeply rewarding, it can also leave you vulnerable -- if you put your own health and well-being at the bottom of your to-do lists.

Neglecting your needs can have serious consequences: A report from the Family Caregiver Alliance found that 40%-70% of caregivers have symptoms of depression.

We don't know the exact cause of the illness -- genetics, brain chemistry, and life experiences all play a role -- but we do know what won't help.

The stress you're feeling can make it hard to settle down and get a good night's rest. Unfortunately, that insomnia makes you almost 10 times more likely to be depressed.

If you sleep well but don't clock enough hours in a night, that can be a problem, too. One small study found that it only took a couple of days for people's moods to be affected when they got less than 5 hours of sleep per night.

Fast food and other quick grub may be convenient, but it's not necessarily healthy. That's why about 6 out of 10 caregivers say their eating habits have gotten worse, according to a survey done in partnership with the National Alliance for Caregiving.

And there's a strong link between what you eat and how likely depression is. Women who regularly reach for sugary sodas, red meat, and processed grains are up to 41% more likely to be depressed, according to a Harvard School of Public Health study.

A diet rich in fruits, vegetables, whole grains, olive oil, and fish may help protect you from depression.

When you're short on time or exhausted at the end of a long day, it's understandable that you might want to skip the gym.

Here's why you should make your workouts a priority: Even moderate exercise, like walking for 20 minutes a day, can lower your risk of depression.

The demands of caregiving can leave you with little time or energy for dinners, parties, and other gatherings with friends. According to the UCLA Center for Health Policy Research, about a third of caregivers say their mental state gets in the way of their social lives.

Yet spending time with others can help boost your mood. A study in Ireland found that just 2 hours a week of socializing helped keep depression at bay.

A word of caution: Your smartphone doesn't count. Recent research says face-to-face interactions are much better at protecting against depression when compared to email and phone calls.

Is the person you're caring for prone to angry outbursts or other disruptive behaviors? You're more likely to be sidelined by depression.

If you look after someone with dementia, that poses even more challenges. Your loved one might wander off or repeat the same words, questions, and actions. The extra frustration and strain doubles your chances.

Another common source of caregiver stress that can lead to depression? Clashing with nurses and other members of your loved one's health care team.

More than two-thirds of caregivers have a job and juggle the demands of both roles. Fewer than 1 in 10 caregivers get paid for what they do, and it's common for caregivers to spend their own money helping to support their loved one.

When your caregiving duties get in the way of your job performance or put you into debt, that stress can eventually lead to depression. One study of 8,400 adults found that people who reported being in debt were more likely to have symptoms of depression. Other research has found that the threat of losing your job can also trigger depression.

That UCLA research also found that caregivers tend to smoke and binge drink more often than people who aren't caregivers.

While an occasional glass of wine or a beer may help some people relax, alcohol abuse can bring on or worsen depression.

It's normal to have bad days. But if any of these symptoms are severe or last longer than 2 weeks, it's time to see your doctor. 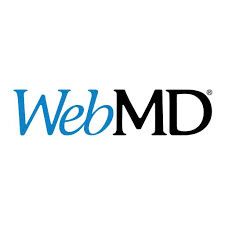 Really helpful article since this is not talked about a lot! Self-care is important too! Thank you for sharing this. 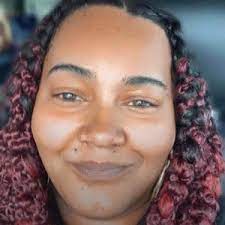 It's good to see articles like this addressing the mental health challenges that caregivers often face. It's not easy and it's important to seek support when needed. I can relate to this article as a caregiver for my elderly parents. It can be overwhelming and exhausting, and it's important to remember to take care of ourselves as well.