My 3-Year-Old Can Tell I’m Depressed 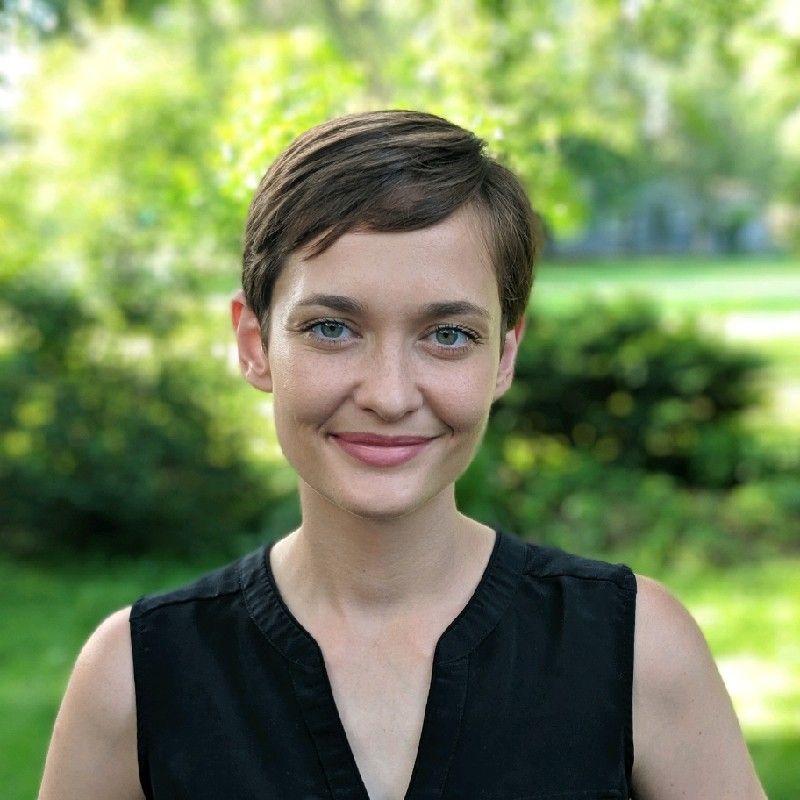 Experts say that, instead of avoiding the topic, parents like me should shoot for ‘age-appropriate honesty.’ I didn’t know where to begin, so I went looking for advice from experts, and insight from people who’ve experienced parental depression.

Early in February, I was sitting at my kitchen table booking an appointment for an eye exam that I could no longer afford to put off. My daughter, seated right next to me, asked me for the 11th time in three minutes to “help her color.”

“Once I finish booking this appointment, I promise,” I said, again, letting out a heavy sigh.

“She’s not sad all the time, silly,” my husband interjected gently, as tears filled my eyes.

The truth is that we had been having a good day. We’d read books, taken a bath and even gone on a walk. I had managed to stay positive the entire time — at least I thought I had — and was proud of myself for it. Because my daughter is right. After a year of lockdowns and isolation, I am “sad all the time.” I am depressed. And apparently, my daughter can tell.

I have struggled with depression on and off since my teens, and it seems to run in my family, so I always knew I’d have to educate my daughter about mental health eventually. But she is only 3, and I assumed those conversations were years in the future. To begin a conversation about it while she is so young feels premature, wrong even. Yet she already sees that I struggle to find joy in days I spend with her.

I didn’t know where to begin, so I went looking for advice from experts, and insight from people who’ve experienced parental depression.

Parental depression was a problem before the pandemic, but has ballooned in the past year as the share of American adults reporting symptoms of depression (along with anxiety) has increased fourfold. Depending on the persistence and severity of depression, it poses risks for children, because adults with depressive symptoms “parent differently,” said Parker Huston, a pediatric psychologist at Nationwide Children’s Hospital.

The usual hallmarks of depression — fatigue, trouble concentrating, irritability, low self-esteem, and loss of interest or motivation — make it harder for parents to keep up with the everyday tasks involved in parenting, and to consistently and patiently engage with their kids.

But depression isn’t something parents should be ashamed of, cautioned Megan Smith, a public health expert at the Yale School of Medicine’s Child Study Center. In fact, shame is part of the problem, because it makes it harder to ask for help, which, every expert I consulted for this piece agreed, is the best thing a parent struggling with depression can do for their children.

Avoid the temptation to be secretive.

Even when properly treated, depression can be difficult for children to understand, which makes it all the more important for an adult to discuss it with them. “Kids know when something is off,” Dr. Huston said. “If no one’s willing to talk about it, or explain it to them, then they’re going to think something is really wrong.”

Young children in particular have a tendency to take things personally, and may assume their parent’s sadness is their fault, said Colleen Cullen, an assistant professor of medical psychology at Columbia University.

Young children in particular have a tendency to take things personally, and may assume their parent’s sadness is their fault, said Colleen Cullen, an assistant professor of medical psychology at Columbia University.

Shying away from conversations about mental illness also implies that it isn’t something that should be talked about, which only perpetuates stigma. “The best preventive measure for many mental health concerns for kids is just being able to talk about it and express themselves and have open conversations with the adults around them,” said Dr. Huston.

Growing up, Virna Lichter, a Tampa-based meditation teacher, never blamed herself for her mother’s depression, but she didn’t know what to make of it. “Every now and then Mom would go to her bedroom, and there was nothing we could do,” she recalled. “Inside, I was like, ‘OK, when I grow up, none of this is going to happen.’”

As she got older, Ms. Lichter figured her mother’s persistent depression had to do with her rocky marriage and divorce, so when she started noticing “glimpses” of depression in herself, in her 20s, she busied herself building the kind of life she thought would make her happy. But in her early 30s, she fell into a deep depression.

“I had the career and the house I wanted and the husband that I wanted, and the baby. And guess what, I’m not happy,” she said. That’s when she finally sought treatment.

Instead of avoiding conversations about depression, parents can shoot for “age-appropriate honesty,” Dr. Cullen said. Pre-school children like my daughter might not be able to understand words like “depression,” but they understand emotions, like sadness, or physical illnesses, like stomachaches. Breaking it down into simple, relatable terms can provide even young children with a basis of understanding.

Parents can also reassure their children that depression can get better with the right kind of treatment, and share what steps they are taking to manage it so that a child understands that the situation is under control.

“Under control doesn’t mean it’s totally fixed, but there is a plan in place and that something is being done,” Dr. Cullen said.

When Crystal Martin Humphries, a lawyer and blogger from Phoenix, began experiencing depression during a difficult second pregnancy, her 5-year-old son started asking her the same questions my daughter has been asking me.

“I would say, ‘Oh, I’m not sad. I’m just tired,’” Ms. Humphries said. After the birth, though, her depression and anxiety got a lot worse, and she started seeing a therapist who advised her to level with her son.

“I explained to him that sometimes things change in our bodies, and things started to change with Mommy with her brain. And Mommy was trying to get it fixed because it was making Mommy really sad,” she said

She described her therapist as someone trained to help her get better, kind of like her son’s coach helped him get better at soccer, and told him her doctor had given her medicine to help her feel better, just like he does when his tummy hurts. “He was like, ‘OK, Mommy, I hope it helps … And if you don’t feel well, you should take your medicine.’”

Don’t turn your child into a caregiver.

You can go too far in sharing, though. It’s important for parents not to use their children as sounding boards for their negative thoughts and fears, as they might with a therapist or close confidant.

“That’s not really an appropriate role for them until they’re adults themselves,” said Dr. Huston.

It can be tricky to walk the line between honesty and oversharing, Dr. Huston admitted, but the goal should be to give children the information they need to understand what’s going on without putting them into the position of managing their parent’s mental health. “Children are not responsible for the emotional care-taking of their parents,” Dr. Cullen said.

All this advice might seem intuitive, yet I’ve found it oddly overwhelming to put into practice. With the help of my doctor and my husband, I’ve pieced together a plan for improving my mental health — remote therapy, medication, more regular exercise and sleep — but the situation hardly feels “under control.”

In my darkest moments, I find myself doubting whether things will get better no matter what I do. Offering my daughter reassurance when I feel so unmoored feels disingenuous.

But Dr. Smith told me not to worry about finding the perfect words or waiting for the perfect time, “as long as it ends with key messages of ‘Mom’s here for you, Mom keeps you safe.’”

Ms. Lichter echoed a similar sentiment when I asked if she wishes her mother had done anything differently. “She could have done better,” Ms. Lichter admitted, “but there’s one thing that I remember from her, and that’s she never withdrew her love from me.”

In the weeks since my daughter first asked me why I’m sad, I’ve made a number of bungling efforts to answer her question in an age-appropriate way, as Dr. Cullen and Ms. Humphries advised. Once, in a rare moment of confidence, I made the mistake of pausing the movie she was watching — “Frozen” again — and launching into a script using one of the movie’s major plot points as a kind of hackneyed metaphor for depression, only for my daughter to wince and stare angrily at the screen. Another time, she asked why I was sad again, but I chickened out and told her I felt fine.

Then one day, while we were sharing a midday slice of something called “cookies and cream pie,” I asked my daughter to tell me about a time she’d been sad or sick. After listening to her run through a thorough list of her most memorable grievances and illnesses, I told her, “Mommy has a sickness that makes her sad sometimes,” but that I was seeing a special doctor who would help me get better.

She wrinkled her nose and said “OK.” Then she went right back to giggling and eating pie, and so did I.